BREAKAWAY mobile is available in beta form on the Google Play Store platform and can be downloaded to any Android device.

BREAKAWAY is a story-driven soccer game which informs and creates a critical reflection on the behaviors that lead to inequity and bullying with a focus on violence against women and girls. Aimed at youth between the ages of 8-15, the game employs a branching narrative with pivotal player decision points. The mobile version of BREAKAWAY  mobile includes a revamped narrative with extended choices, intuitive mobile mini games, a 3D art overhaul, and new characters.

Since the BREAKAWAY original web game debuted during the 2010 FIFA World Cup, the game has been played in 180 countries and translated into 4 languages through guidance by the UNFPA and PMC. The accompanying facilitator’s guide contains group activities, activity sheets and discussion topics that includes learning activities, lessons, and resources, and encourages dialogue regarding the sensitive issues that are brought to light in the game.

An educational camp model that combined the video game and facilitator’s guide was developed and implemented in Hebron, Palestine in 2012 and Sonsonate, El Salvador in 2013 and 2014. A 2013 research study proves BREAKAWAY to be an effective, transformative tool to address this rampant problem. The details can be found in this study.

BREAKAWAY, in both web and mobile forms, builds on the Sabido Method to help children and young teens identify and prevent violence against women and girls through positive habit building. Whether played alone or in a group setting with our facilitator’s guide, it’s branching narrative has been designed to promote positive decisions and empathy (recognition of positive and negative reactions to decisions).

Our goal for the mobile game is to reach a broader audience and spread awareness. We hope to play a small part in challenging and transforming inequity. Personal awareness and accountability is necessary if we wish to turn the status quo regarding violence against women and girls.

BREAKAWAY: mobile was created by the Emergent Media Center (EMC) at Champlain College. The EMC is an award-winning experiential learning center of innovation. The center supports the talent and creativity of Champlain College students in the design and production of games, mobile apps, physical interactives, video, virtual reality, and other computer-mediated experiences. Guided by experienced faculty and staff, EMC students create solutions to challenging problems through processes that include stakeholders—from local to global. For more information click here.

If you have any questions or would like to know more about BREAKAWAY, check out our social media and please contact:

Read on to see some of the events we were involved in!

The BREAKAWAY team will be presenting their final grant proposal at OUISHARE for the Womanity Award in Paris, May 18-21 at Cabaret Sauvage. 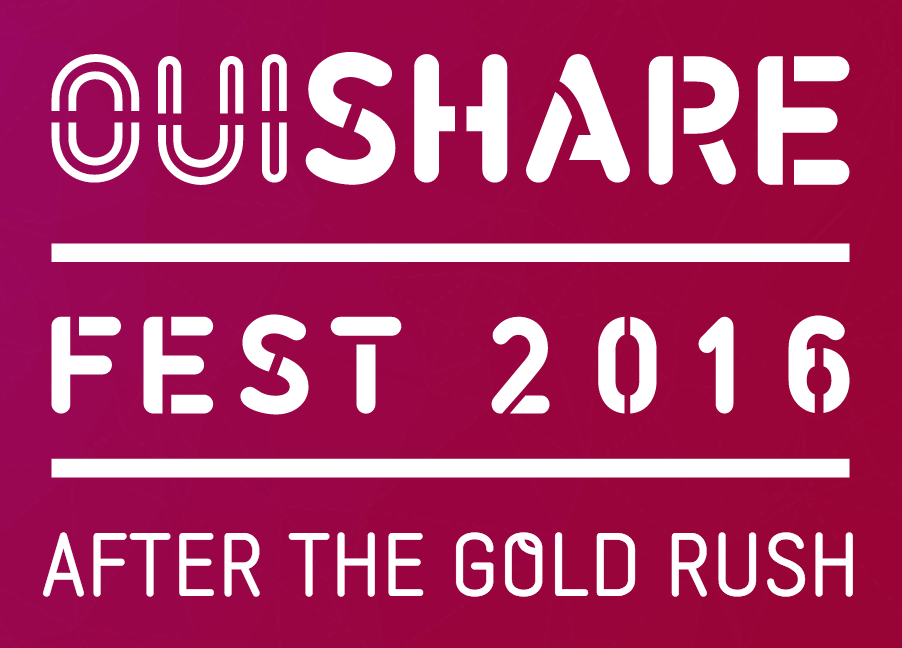 The BREAKAWAY team will be presenting their final grant proposal at OUISHARE for the Womanity Award in Paris, May 18-21 at Cabaret Sauvage. 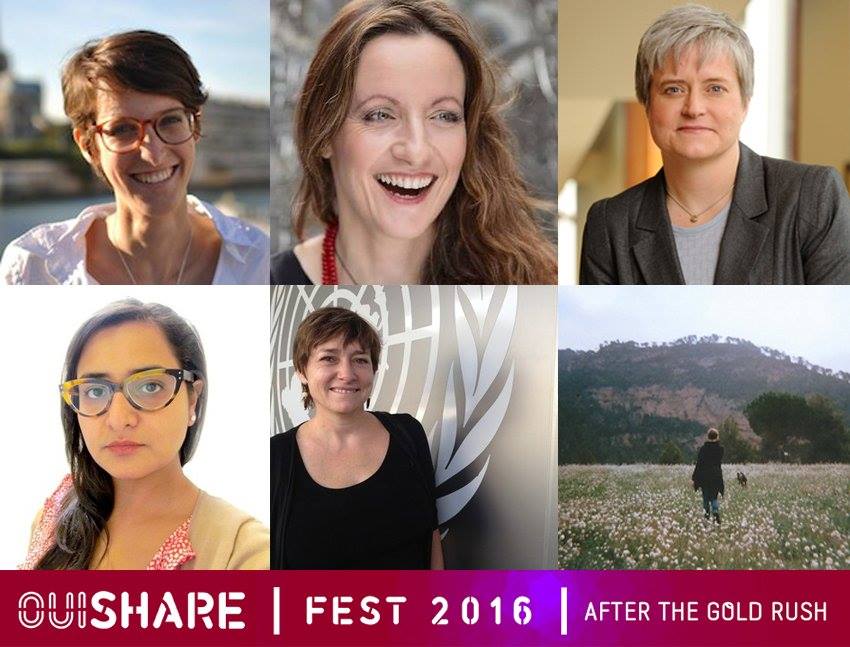 Ann DeMarle participatied in a OuiShare sponsored webinar: How can we leverage new media and tech innovation to empower women?

How ICT’s Can Help Prevent Violence Against Women 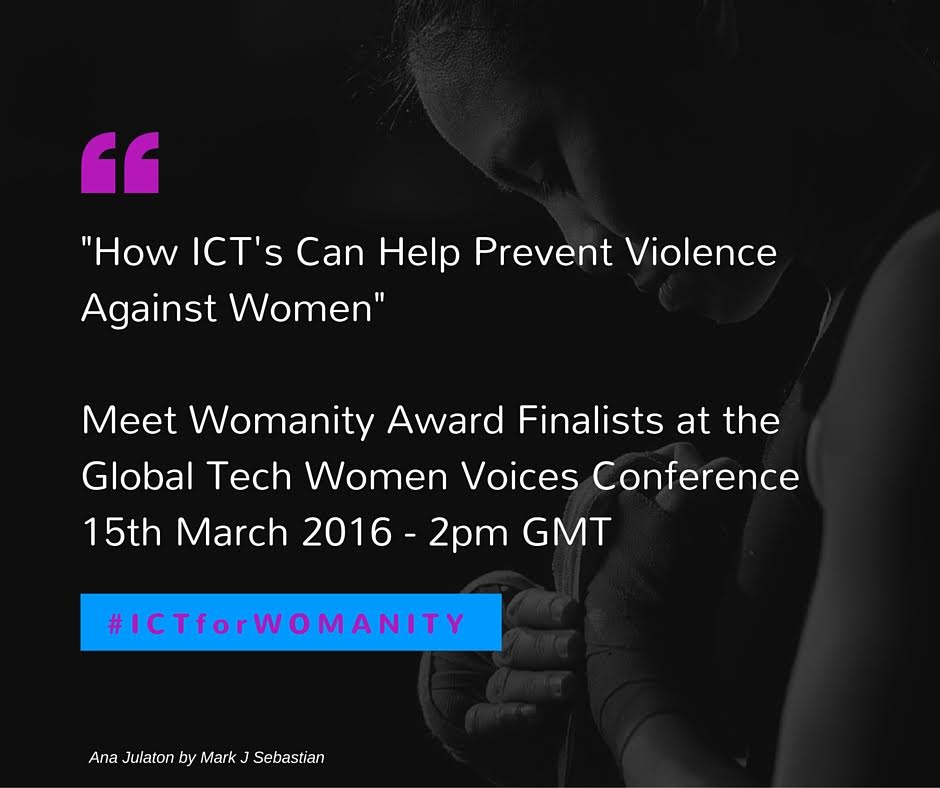 Our own Ann DeMarle will be a panelist at the virtual Global Tech Women Voices Conference, Tuesday, March 15th at 10am EST.

As part of the ‪#‎ICTforWomanity‬ network’s first public event, she and the other 3 Womanity Award finalists will speak about harnessing Information & Communications Technology to successfully prevent violence against women. This is an online free public event. For more info visit the Global Tech Women site  here.  Watch the event here. 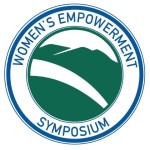 BREAKAWAY  participates in the Women’s Empowerment Symposium on the Champlain College campus.

In partnership with the Women’s Empowerment Initiative and the Office of International Education, BREAKAWAY  will be hosting a screening and discussion of the documentary Girl Rising in the Alumni Auditorium at 7:00pm on March 7, 2016.

Update: The BREAKAWAY  team will be hosting a facilitator training event with HOPE Works in February, 2016 thanks to the support of the Laura Kate Winterbottom Memorial Fund. 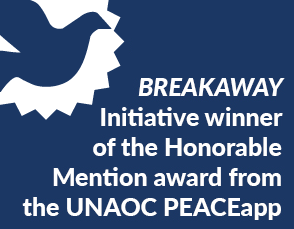 This award recognizes BREAKAWAY‘s efforts and development of a game that enables new venues for inter-cultural dialogue and conflict management. PEACEapp is organized by the UNAOC and UNDP, in collaboration with Build Up, in order to promote digital games and gamified apps as venues for cultural dialogue and conflict management. Click here to learn more.

Join us at IDX dining hall for the Annual Staff Halloween Lunch!
Suggested Donation is $3.
For those that wish to donate $10 or more will receive a special thank you gift in return!

This is very exciting for the team and the project  –  a validation of the global importance of the work our Champlain College students, staff, faculty, and partners have done to create and continue the work of the project.

Join The Emergent Media Center at Champlain College for a night out at one of Burlington’s most popular eateries. Bluebird BBQ will host a community night to raise funds for BREAKAWAY 2014 Student and Faculty Team.

Those that donate as well as eat dinner will also receive a special thank you from the BREAKAWAY  team.

Make your reservation today and be sure to let them know that you’re there to support BREAKAWAY!
(802) 448-3070